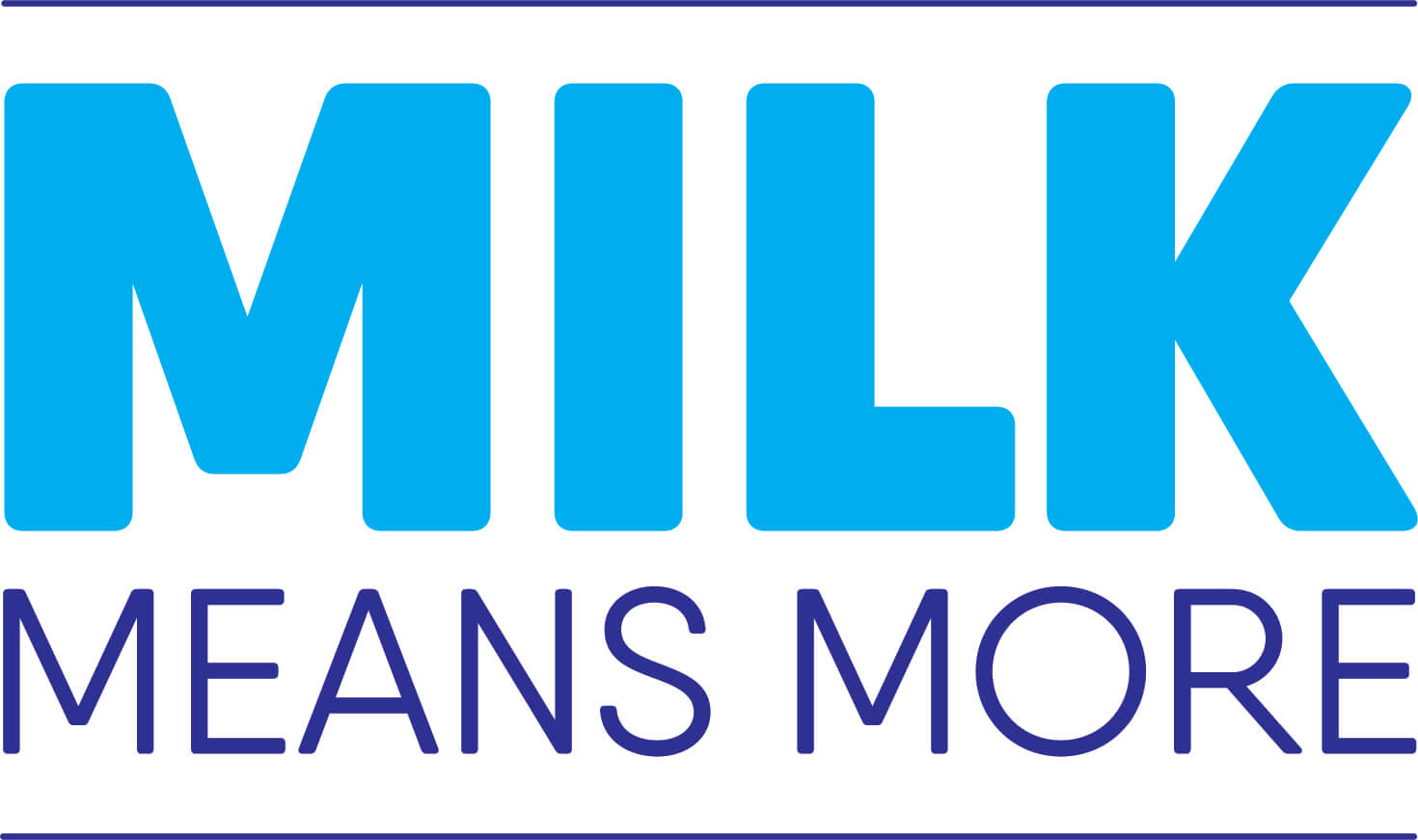 I don’t take anything for granted in this world, especially football.

Every day I wake up with an opportunity to play this game, man — it’s a blessing.

It’s one of the greatest gifts God has ever given me.

The best thing I can do is try to have as much fun as possible with it while I still can. And I’m not just talking about the competition side of things, either.

I’m talking about that child-like fun that we all used to have from those youth football days.

You know, that sort of fun when everything else just disappears when you’re on that field, and you’re not thinking about anything but the present.

It’s the kind of fun when you’re just out there smiling.

That’s what I want to have EVERY time I suit up to play this game because I know how easily it can all be taken away.

Tomorrow is never promised whenever you go out there and compete.

There’s only today and nothing else.

That’s a lesson I had to learn the hard way in my very first year after transferring to Memphis.

I left TCU and came to Memphis for a new beginning.

It was nothing personal, but I did feel like I needed a fresh start. And Memphis felt like the perfect place for me to do exactly that and move on to new things.

Sean Dykes, a former tight end here, went to the same high school as me, and we’d been teammates since freshman year.

So, he was the big connector to Memphis.

Just knowing there was somebody that I knew personally and trusted made my decision so much easier.

Oh, and those early conversations with Coach Silverfield — there were just so many good vibes and this all-around good energy that made everything feel so genuine to me.

So, in the end, I just went with my heart.

But obviously, that first year didn’t go the way any of us expected after I got hurt four games into the season. I went from celebrating new beginnings to wondering if I was ever going to play football again.

It’s kind of crazy how one play can change everything — how the wrong step, fall, or hit can put everything you ever worked for in jeopardy.

I guess that’s the risk we all take when we go out there on that field. 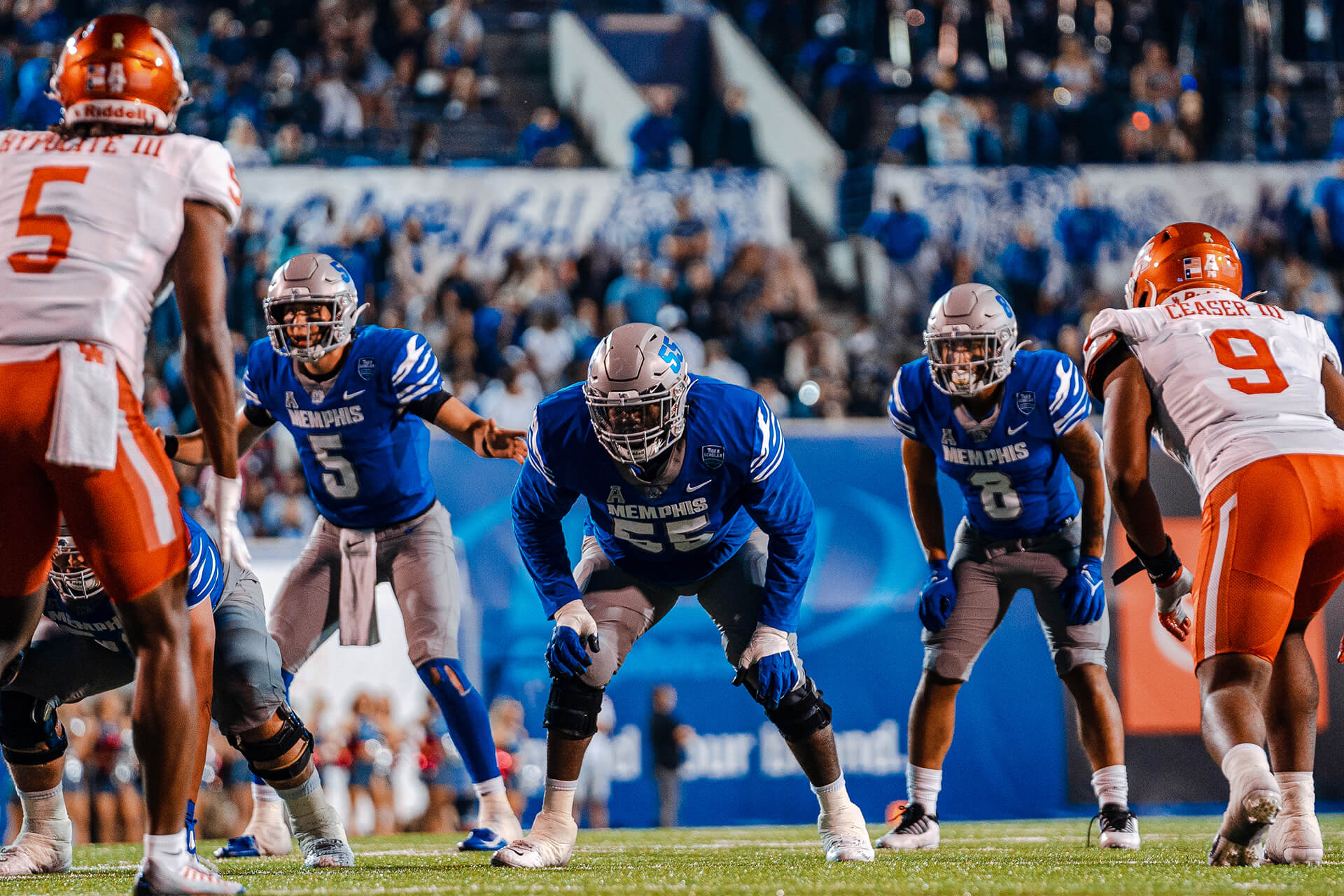 Is this the end?

It happened on a screen pass to our running back, Brandon Thomas, I believe.

I just remember running out there and latching on to the corner. I was driving him, when someone fell on my leg and broke my fibula.

The pain was so bad that I wasn’t even able to think about anything else at the time. It was one of those injuries where I didn’t really need a diagnosis from a doctor to know that something was seriously wrong.

But after the pain subsided a bit and I found out that I was done for the season, that’s when all of the emotions really started to hit me.

So much was going through my head at the time because I honestly thought it was the end of the road for me.

You suddenly go from chasing this dream you’ve had for most of your life to watching it sort of fade away, and you’re completely helpless.

You feel like there’s nothing you can do to keep that from happening.

But I kept God first and leaned on the support of my family and friends. It also helped that one of my closest friends and former teammates, D’Eriq King, went through the same thing as me at the same time.

I don’t even want to say we’re friends.

But he had a season-ending shoulder injury last year as well, and it happened in the game right before I broke my leg.

So we were both able to kind of help each other get through it.

That’s honestly one of the biggest things that helped me cope when I reached a point where it really did look like it was over.

So much was going through my head at the time because I honestly thought it was the end of the road for me. It's hard to put into words, man. You suddenly go from chasing this dream you've had for most of your life to watching it sort of fade away, and you're completely helpless.

But it wasn’t over.

I was able to get another year to go out there and make it right. It’s another chance for me to chase that same dream I’ve had ever since I was a kid.

We all have it, right?

You’re just sitting there watching football and wanting so desperately to be out there. The fans are roaring behind you after a touchdown or getting a big third-down stop.

Just experiencing that crazy home environment with all of the fans — I’ve always wanted to be a part of something like that. So for me to even be here is such a blessing and a dream come true.

Yes, there are times when I look up and see guys that I came into college with now shining at the next level, and a part of me wishes I was there right now, too.

That part is like, “Ahhh, man, I’m supposed to be there.”

But every time those feelings come up, I just have to remind myself that it’s all in God’s timing.

It isn’t just about the destination.

It’s about the journey, too.

I’ve been through those dark times and learned how to overcome them.

You go through this period where you have to regain that trust — to be able to trust running again, trust playing again, and trust being around piles of bodies falling all around you.

I had to dig deep to find that same level of trust again, and once I did, I got my smile back, too.

Can’t wait to see what the future has in store for me. 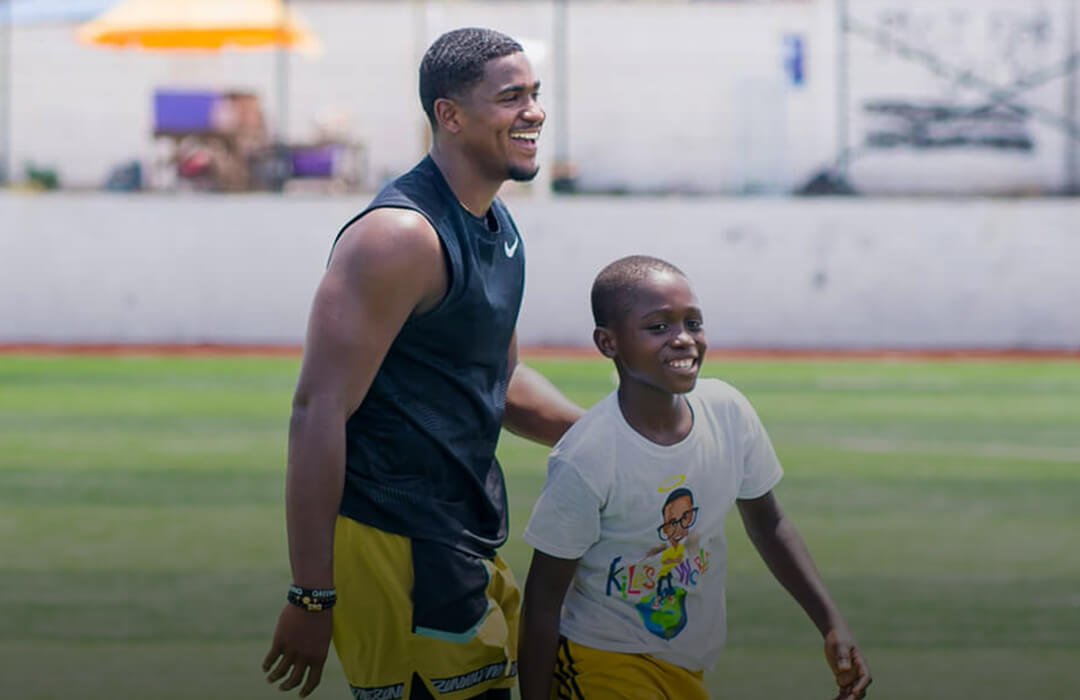 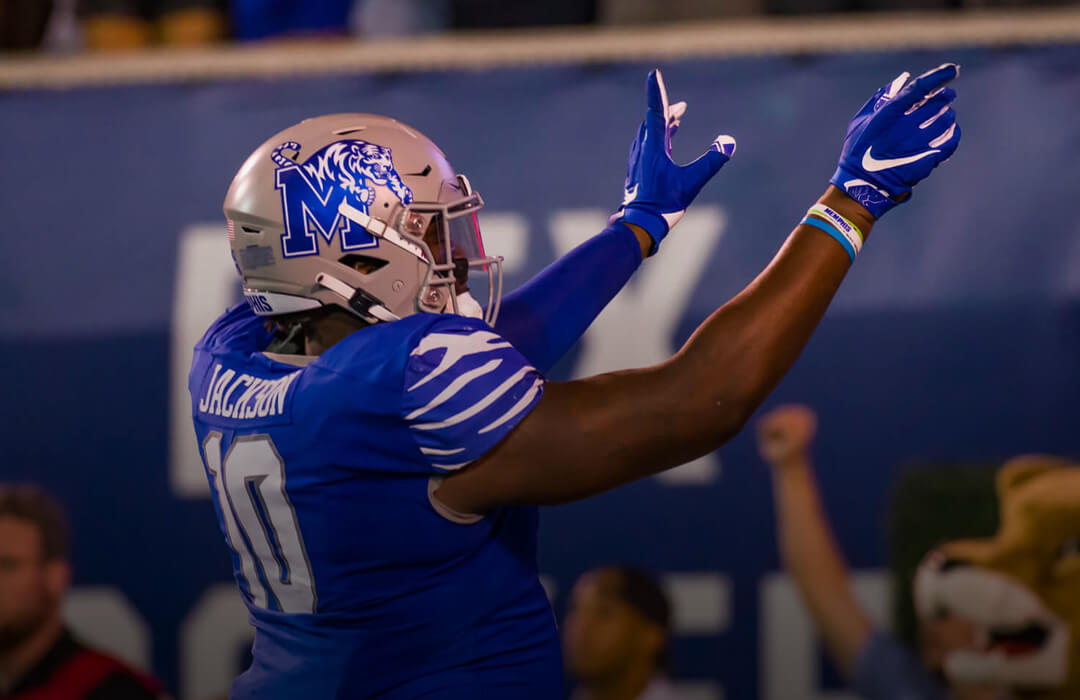